Many Armenians would probably mention two things about what is most important for their self-expression and identity: The Armenians are the first Christian people and they have been victims of a genocide committed but denied by Turkey. From a European perspective, Armenians are seen as good businessmen. The Christian religion and the experience of the genocide have shaped the identity of the Armenians. These people with a history of over 4000 years is characterized by a rich culture.

The region in the east of today’s Turkey, which is also called the highlands of Armenia, is considered the home of the Armenians. Towards the end of the fifteenth century BC there was a war against “Hayasa” country. The name recalls the Armenian self-designation of the country: Hayastan. The Armenians themselves link their descent with the legendary patriarch named Hayk, who is said to have led his people to the Ararat region. That is why they call themselves after this ancestor “Hay”. An important era of the history of Armenia and the Armenians is the Urartu Empire, which was located in the area of the Lake of Van in the extreme east of today’s Turkey.

The first time the term “Arminia” was mentioned was in 521 BC in a Persian inscription. Over many centuries the geographic position of Armenia has led to the struggle of the various powers in the region for the domination of the Armenian highlands.

An important turning point in the history of the Armenians is the acceptance of Christianity. The Armenian ruler Trdat III confessed to Christianity, which became a state religion from the year 301 onwards. The Armenian-Apostolic Church has been an independent church since 506. The alphabet was of great importance for the development of the Armenian culture and language, which was created by the clergyman Mesrop Mashtotz and the ecclesiastical head of the Armenians, Catholicos Sahak, in the year 406.

After the capture of the town of Ani in 1064 and its victory over the Byzantines at Manzikert in 1071, the whole Armenia and Anatolia fell under the rule of the Turkish Seljuks. As a result, many Armenians left the highlands of Armenia between the 11th and 13th centuries. A part of them moved south and settled down in Cilicia, where they created small Armenian kingdom between 1080 and 1375.

When the capital of Cilicia was conquered in 1375 by the Mamelukes who were advancing from Egypt, the Armenians lost their last independent state structure. In 1512 Sultan Selim I captured the Safavids from the eastern part of the highlands of Armenia. A short time later he ended the rule of the Mamelukes over the Armenian Cilicia. Most Armenians lived in the Ottoman Empire.

The Armenians, who belonged to the Armenian Apostolic Church, were led by the Armenian patriarch in Constantinople, who was officially recognized by the Ottomans. During the centuries of domination, the Church remained the only intact institution to preserve national cohesion, culture and language. The center of the Armenians is located in Echmiadsin, near the capital Yerevan.

Like the rest of the Christians, the Armenians were subject to certain restrictions: they were not allowed to carry or possess arms, special taxes were imposed upon them, of which the Muslims were liberated, they were excluded from military service, and their testimonies were not recognized nor were equivalent to those of a Muslim. Above all, they were continually suppressed by nomadic tribes in the eastern provinces.

The Armenians played an important role in the economy of the Ottoman Empire. Agriculture, commerce and craftsmen in the villages and towns in the eastern provinces were in the hands of the Armenians. Particularly significant was the role of Armenian architects who planed and built numerous famous buildings in the capital Constantinople and other cities.

After the Russian-Turkish war in 1828-29, which was terminated by the Treaty of Adrianopel (today’s Edirne), Armenia was divided between Russia and the Ottoman Empire. After the Russian-Turkish war of 1877/78, other Armenian territories fell under Russian rule. The Armenians regarded Russia as a liberator from Islamic rule. Both economically, politically and culturally, they experienced a significant upswing under Russian rule.

At the Berlin Congress of 1878, the Armenian question became for the first time the subject of international politics. The reforms secured by the Ottoman government were never implemented. Sultan Abdul Hamid II, who had come to the throne in 1876, exercised a particularly bloody policy against the Armenians. The massacres in the years 1894-96 killed some 300,000 Armenians, and numerous Armenians were forcibly Islamized. The Armenian population in the highlands of Armenia, Anatolia and Cilicia declined.

The genocide, which killed 1.5 million Armenians during the First World War, represents a profound violation in their history. Their identity and their lives are characterized by the experience and consequences of this crime. For the Armenians, the genocide also means the loss of a large part of their homeland and the destruction of their cultural heritage.

The extermination policy under Sultan Abdul Hamit II, which had already begun in 1894-96, continued even after his fall through the nationalist movement of the Young Turks, who had come to power with a revolt in 1908. They pretended to stand up for the equal rights of all the peoples of the Ottoman Empire, but in reality, shortly after their takeover, they initiated a policy to strengthen the predominance of the Turkish-Islamic population.

With the outbreak of the First World War and the entry into the war on the side of Germany and Austria-Hungary, the Turkish government began to implement its plan for the Turkification of the multi-ethnic empire. Through the deportation and exterminations in 1915, most Armenians of the Ottoman Empire had either been murdered or deported to the deserts of today’s North Syria. Between 1916 and 1918 the remaining Armenians were either Islamized or perished in the camps of hunger and disease. With the Turkish invasion of the South Caucasus in early 1918, the Armenian victims of the Turkish extermination policy were also living there.

Armenia and the Armenians after the genocide

After the October revolution in 1917, which led to the collapse of the Tsar empire, three independent republics emerged in the Trans-Caucasus: Georgia (26 May 1918), Armenia (28 May 1918) and Azerbaijan (28 May 1918). These three republics, however, had only a short life. At the end of 1920, the Bolsheviks took over the power in Yerevan. The small Soviet armies were able to recover economically and culturally from the destructive consequences of the genocide. It was not until 1965 that it became possible to publicly recall the genocide and erect a memorial in Yerevan for the victims.

The development of the individual Diaspora communities also varied in accordance with the different conditions in each country, where the survivors of the genocide built their new lives. Traditionally strong communities existed in Syria, Lebanon and Iran. The revolutions in the Middle East have led to a gradual decline in emigration to Western countries, especially since 1980. The strongest diaspora communities are in the USA and France. An estimated 50-60,000 Armenians now live in Germany, of which a significant portion comes from the Republic of Armenia.

In the Diaspora, the Armenian Apostolic Church has a very important function as a connecting body of the Armenians scattered throughout the world. There are also political parties which also play a role in the diaspora. From 1970 onwards, they increasingly supported the international recognition of the genocide. Meanwhile, both the European Parliament and several national parliaments, including the Bundestag, have recognized this crime as genocide. Even countries outside Europe have already recognized the genocide.

The Republic of Armenia

The disintegration process of the Soviet Union was accompanied by the bloody conflicts between the different nationalities. This included the conflict on the Autonomous Region of Karabakh in 1988. In the same year, a massive earthquake occurred in Gyumri, the largest city in Soviet Russia, and about 20,000 people were killed.

On September 21, 1991, Yerevan’s parliament declared the country’s independence from the Soviet Union. The war on Nagorno-Karabakh, the earthquake disaster of December 1988, and the blockade by Azerbaijan and Turkey made the economic development of the country difficult. Emigration, and thus the population decline in the country, is also a serious problem; in 1986 there were 3.4 million Soviet Armenians, the present Republic has about 3 million inhabitants according to 2014 survey.

After independence, Diaspora Armenians helped to improve people’s living conditions and develop the infrastructure of the country. Nevertheless, there is still depressing poverty, especially in the villages and towns like Gyumri. Many people are and will be dependent on the assistance of their dependents or aid organizations in the foreseeable future.

The Albert Sevinc Foundation and Armenia

The Albert Sevinc Foundation, with their own aid projects in Armenia, will help those who are most in need of assistance. One focus of the Foundation’s activities will be the city of Agrumi, which has been heavily hit by the earthquake disaster, where many people still live in temporary housing built after the earthquake in 1988. Poverty affects mainly the elderly. The foundation builds a house where the people can live and taken care of.

The founder, Albert Sevinc, Armenian from his mother’s side, was very often in Armenia since the independence of the country, and considers it his second home. He is aware of the inhospitable conditions of life among which some people live in Armenia, and he has supported the needy families in the past. The Foundation will continue to build on it and work towards a sustainable improvement in the living conditions of the needy people in Armenia. It will be open to close cooperation with persons and institutions who are also active in this direction. 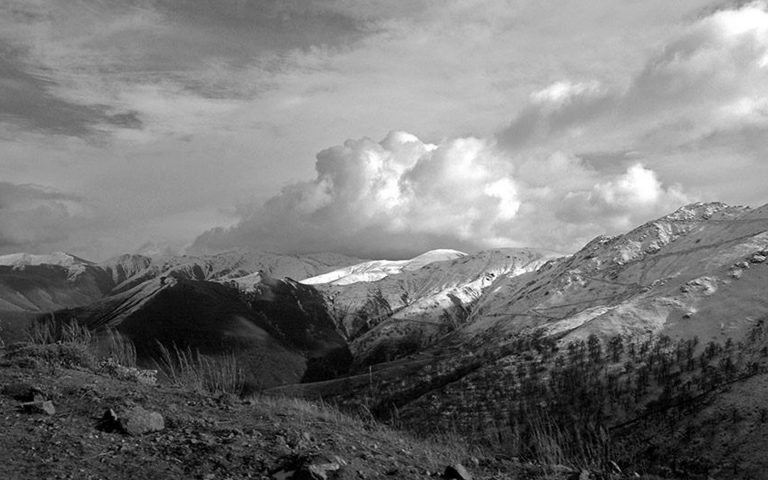 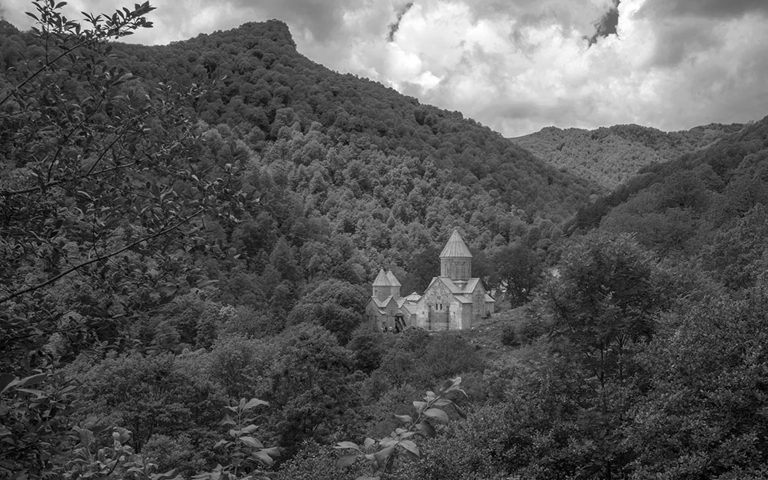 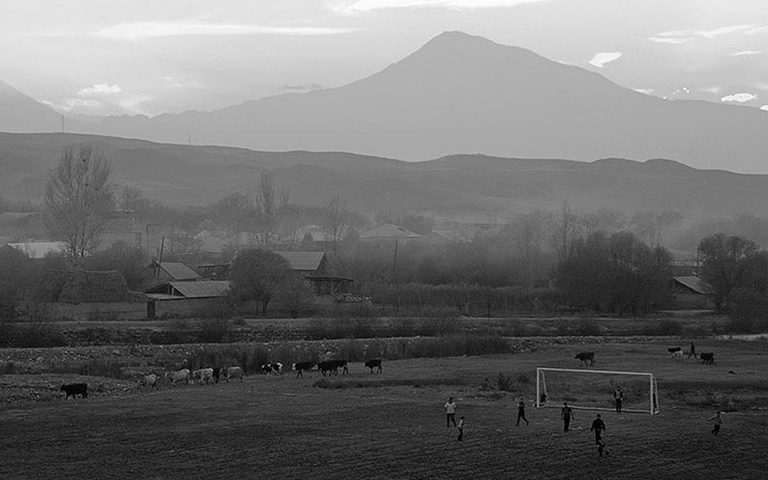 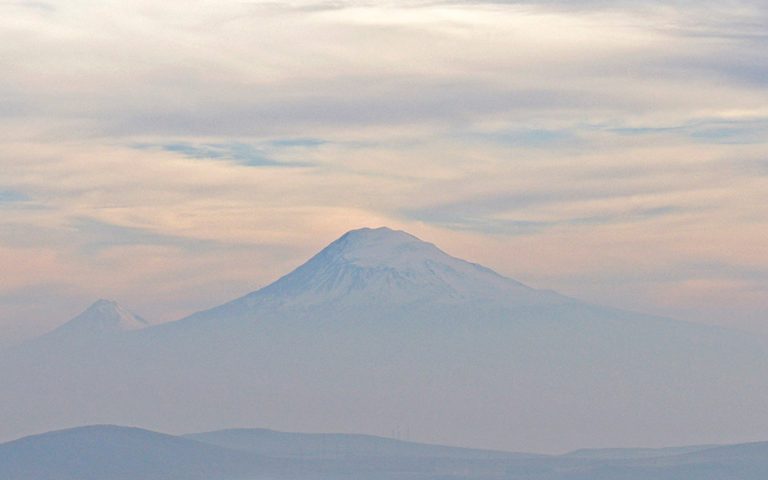 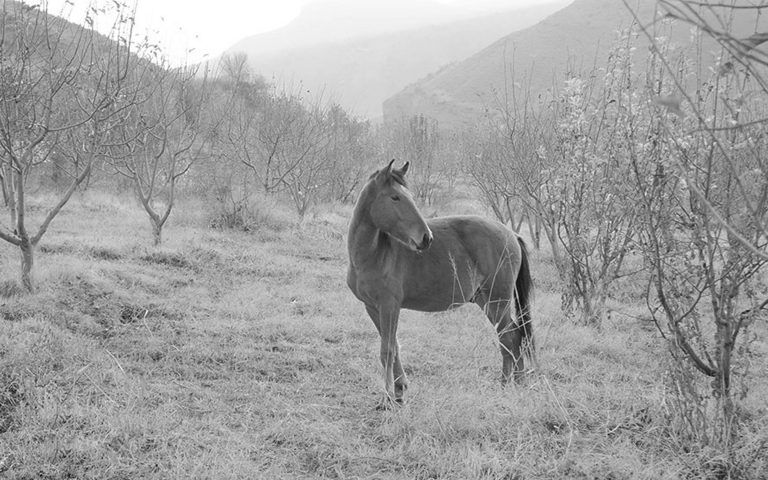