The founder, Albert Sevinc, comes from the Turkish part of Mesopotamia, whose population was once largely composed of Aramaeans and Armenians. Yazidies are another group of inhabitants residing there. They, like the Arameans and Armenians, have a long history of cruel persecution because of their faith. Little is known about their religion, culture and history. The Aramaeans and Armenians, on the other hand, know the Yazidis and lived with them in a peaceful way.

Many different religions existed in Mesopotamia, some of which have either disappeared completely or have few followers today. Depending on who took the rule, a certain religion prevailed, while the defeated was often haunted. These include the Yazidis. Yezidism is a monotheistic religion whose roots are up to 2,000 years before Christ. It contains numerous elements of the religions spread throughout the region: Mithraism and Zoroastrianism.

The Yezidism was influenced to varying degrees from the later three “book religions” – the Judaism, Christianity and Islam. The Sheikh Adi Ibn Musafir, who came from Lebanon, played a very important role in her development. The tomb of the Sheik, who died in 1162 and whom the Yazidis venerate as saint, is located in Lalish. This town is about 40 kilometers northeast of the city of Mosul, which is also the religious center of the Yazidis.

Their identity is characterized by their religion and the related traditions, values and norms. The veneration of an angel, in the shape of a peacock (“Tausi Melek” or “Melek Taus”), plays a central role. For the Yazidis, the “angel peacock” has dualistic abilities like the fire: it gives light and can be destructive at the same time; it embodies the good and the evil in one form. Because the Yazidis speak the same way as most Kurds and have many similarities, they are viewed as a predominant ethnic Kurd. However, among the Yazidis themselves, there is also a group that despite its linguistic and cultural similarities, does not regard itself as a Kurdish but as an independent ethnic-religious community. The emphasis on ethno-religious autonomy was strengthened by the fact that the Yazidis were often persecuted and suppressed by Muslim Kurds because of their beliefs.

The Yazidis in Islamic era

The history of Mesopotamia is characterized by numerous long-lasting wars and conquests by foreign powers. With the triumphal procession of Islam from the Arabian Peninsula in the 7th century, a new era began in the history of Mesopotamia. Especially for the Yazidis who did not belong to a “book religion” (Jews and Christians), the Islamic rule had devastating consequences.

The settlement area of the Yazidis in Mesopotamia, from 1623 to 1639, was the place where war between the Sunni Ottoman Empire and the Shiite Empire of the Safavids in Persia took place. This war finally ended with the peace treaty of Qasr-e Shirin, which gave the Ottomans control over Mesopotamia and the highlands of Armenia, thus determining the lives of the Aramaeans, Armenians and Yazidis living there until the end of the First World War.

Although the Yazidis were persecuted and suppressed under Arab, Persian or Ottoman rule, they were able to preserve their identity largely into the nineteenth century. In contrast to their Christian neighbors, they were armed and could at least defend themselves. The eccentric and peaceful Yazidis were not a serious threat for the Ottoman rule.

It was the powerful local Kurdish leaders who were responsible for many of the massacres of the Yazidis in the 19th century. It was especially the Kurdish leader, Bedir Khan Bey, who between 1830 and 1840 bloodily suppressed the Yazidis. While the Christians of the Ottoman rulers were hoping to get the help of European powers, there was no one who advocated the protection and rights of the Yazidis. Thus the Yazidis were constantly decimated by massacres and violent Islamization.

Many Yazidis fled into the Russian-controlled areas of the South Caucasus after Tsarist Russia advanced into the South Caucasus at the beginning of the 19th century. It conquered parts of East Armenia after several wars with the Ottoman Empire. Even during the First World War and in the following years, Yazidis escaped mainly to the territories that were still under the control of the Armenians in order to avoid living under Turkish rule. In the Soviet era the Yazidis and Kurdish minority had cultural development. The Yazidis, currently living in the Republic of Armenia and Georgia, are in a difficult economic situation, however can preserve their own identity.

The Yazidis in Turkey

Many of the more than 150,000 Ezids living in Germany – which are approximately 10% of the Ezidian population worldwide – come from Turkey. Their exodus was caused by the growing oppression and persecution after the military coup of 11 September 1980. The systematic strengthening of Islam as a state religion and the intensifying military confrontation with the Kurdish freedom movement had a particularly dramatic effect on the Ezids and the small Aramaic population in the southeast of the country: their villages were destroyed, their property was robbed and their lives threatened. The Turkish state, as well as powerful local Kurdish clans, worked together with the state and took advantage of the opportunities offered to illegally adopt the property of the Ezids and Arameans. In the period after 1980, almost the entire Yzidic and Aramaic population left their villages and fled to Germany, Sweden or other EU countries.

The Tragedy of Yazidis in Mesopotania

Despite the difficult conditions, the ethnic-religious minorities in the Iraqi part of Mesopotamia have survived for a long time. The division of the region after the First World War led to the separation of the Ezids in Turkey and Syria from their spiritual leadership and their religious center in Lalish, Iraq.

The first Iraq war, which began at the beginning of 1991 and fundamentally changed the situation in the region, brought about a profound change. In March 2003 followed the second Iraq war, which led to a still ongoing war in the country. With the emergence and spread of the “Islamic State” and its invasion of Iraq in the summer of 2014, the tragedy of Iraq reached its climax. The consequences of this invasion mainly affected the Ezids living in the border area with Syria.

The ethno-religious minorities, such as the Ezids or Arameans, who have been defenseless and defenseless between the fronts, are either to be destroyed or fled from their homeland before the election.

The Genocide in Singal

The mountainous area of Singal, which is located in the north-east of Iraq and bordering Syria, is still a significant settlement area for Yazidis. In 1915/16 during the Armenian and Aramaean genocide, Singal became a major refuge for Aramaeans and Armenians, who were deported from all parts of the Ottoman Empire to the deserts of Mesopotamia. Anyone who managed to escape from the deportation caravan or the death camps found secure haven in Singal. The Yazidis who had to fight for the survival in the war years, afforded the Armenians protection, shared their scarce food supplies with them. The repeated attempts of the Ottoman army to force the surrender of the Armenians and the Arameans failed by the determined resistance of the Yazidis.

Almost 100 years later they were themselves victims of a genocide. In August 2014 the units of the IS fell into the Singal and committed a genocide against the defenseless Yazidis civilian population. Many Yazidis fled into the Kurdish autonomous region, thousands of Yazidis were carried off by the IS. About 40,000 Yazidis escaping Singlar were cut off from the outside world for weeks. It was not until the end of 2014 that the victorious troops were able to defeat IS and save them.

Through the horrific crimes of the IS, worldwide attention was drawn to the almost unknown Yazidis. A UN commission condemned the extermination of the Yazidis by the IS as a genocide. An end to the tragedy of the Yazidis is not foreseeable: In the Kurdish autonomous region, hundreds of thousands of refugees from different parts of Iraq live in extremely difficult conditions. It is still uncertain when and how the Yazidis could return to their villages.

Many Yazidi families still do not know what has happened to their relatives – mostly young women – who have been kidnapped by the IS. Those who were able to flee from the imprisonment of the IS or were released by a ransom payment are traumatized by their horrific experiences during their kidnapping and need psychological support.

Many Yazidis see no future in their own home in Mesopotamia, where an end to violence and an equitable life are not foreseen in the near future. The Exodus of the Yazidis, living in Turkey, in the past years followed their exodus from Iraq and Syria. After the disintegration of the Soviet Union, the living conditions of the Yazidis in the Republic of Armenia and Georgia have also changed. Even though they are not persecuted or oppressed there because of their religion, many Yazidis have nevertheless migrated to Western Europe because of the difficult economic situation. In the diaspora the Yazidis are confronted with entirely new problems and dangers: While their physical existence was threatened in the Islamic dominated Middle East and they were forced to give up their faith and convert to Islam, they are confronted with the existence question in the Diaspora; preserving their identity and reconciling their traditional way of life, their values and norms with life and conditions in the Western European cities.

The Albert Sevinc Foundation is committed to the Yazidis

The Albert Sevinc Foundation is closely following the current situation of the Yazidis in Syria and Iraq. The foundation, in cooperation with Yazidis or other interested institutions, will support projects in Syria and Iraq in order to rebuild the livelihoods of this population group destroyed by war and expulsion. This is intended to counter the threat of a complete destruction of the historically diverse ethnic, cultural and religious composition of the population of the Middle East – and especially Mesopotamia. With its support for the threatened Yazidis, the foundation also wants to show a solidarity between the threatened minorities of Mesopotamia. 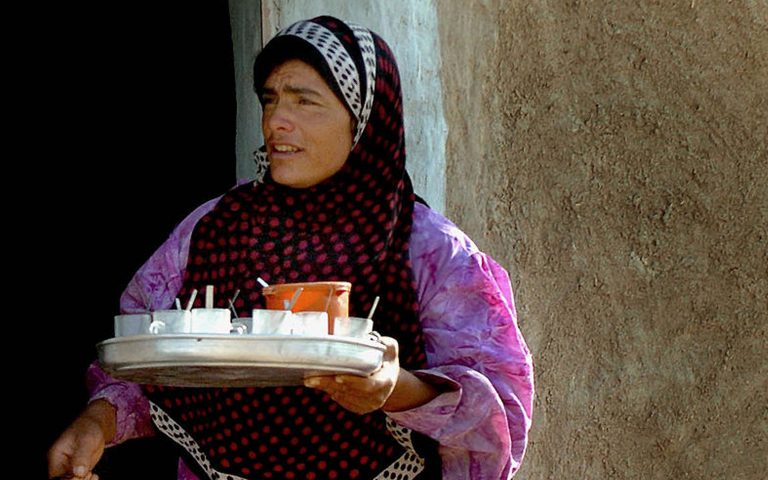 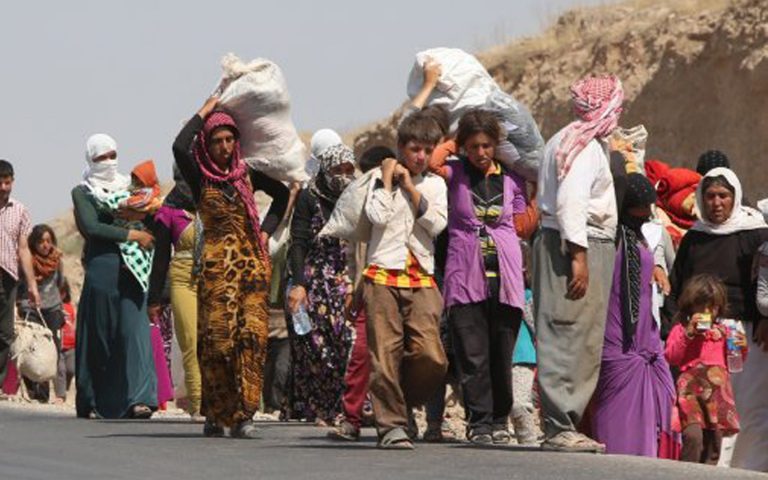 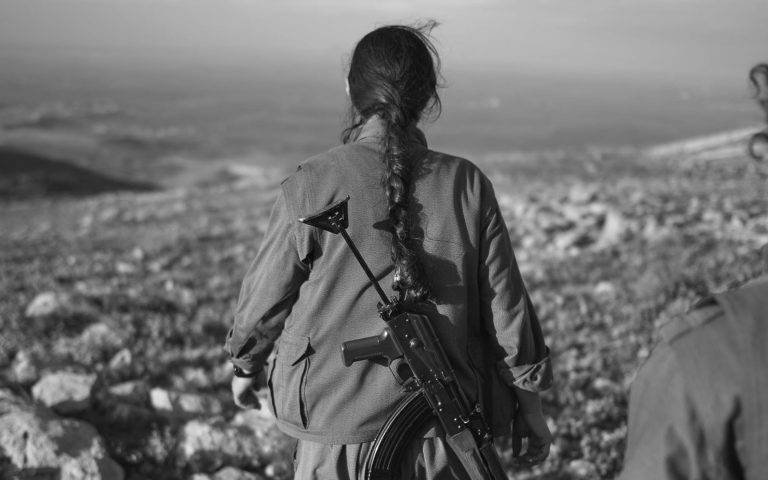 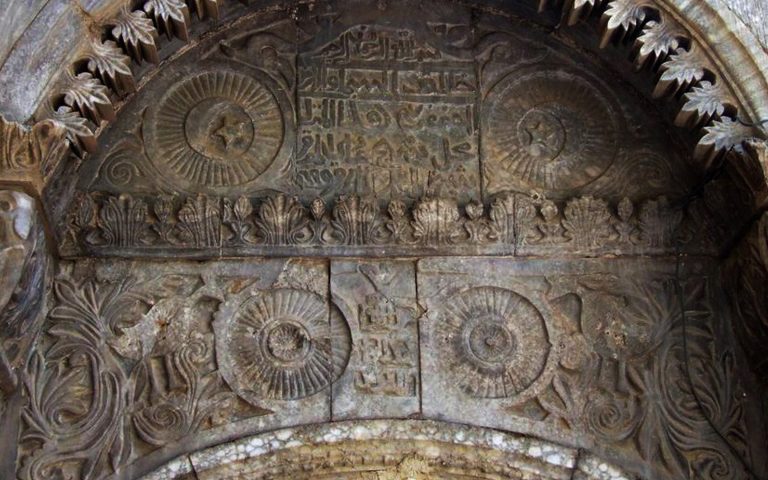 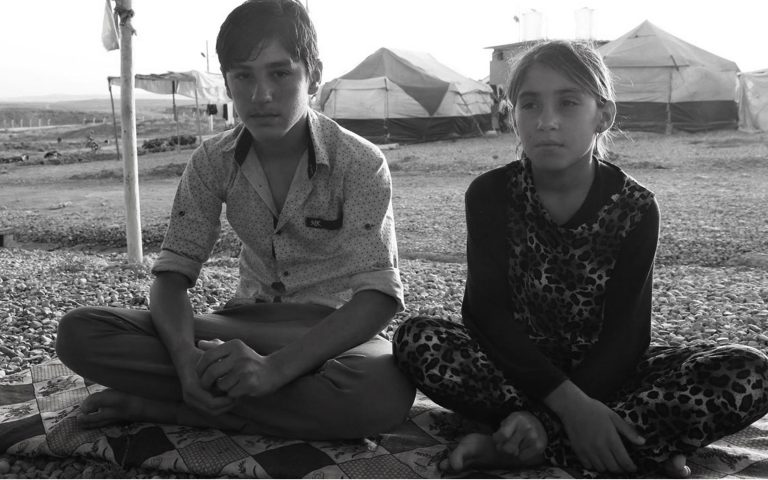 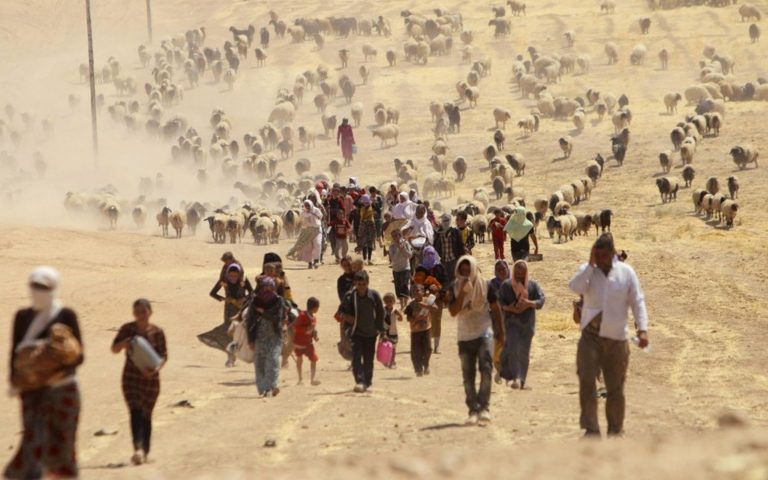 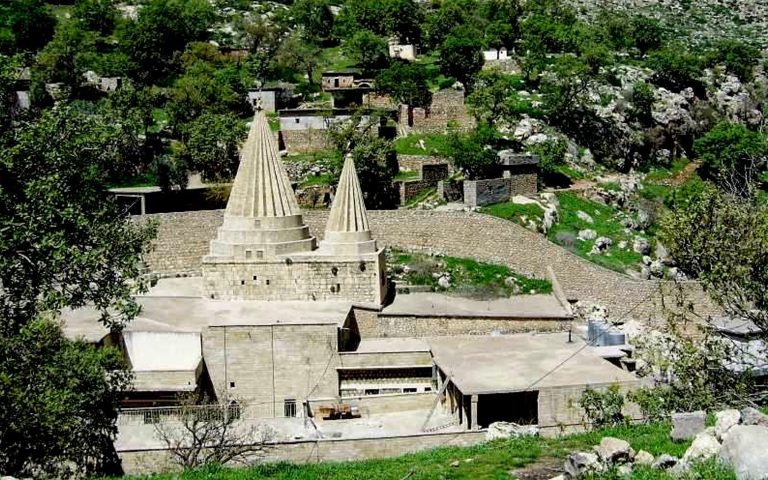